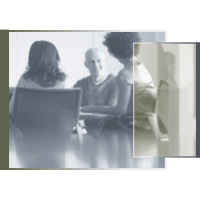 The New Defence of Responsible Communication
A discussion of the recent Supreme Court of Canada decision in Grant v. Torstar, embracing the first new defence to libel in a century for publications of public interest, handled "responsibly". The Supreme Court was careful to say the defence applies to all publishers, not just professional media, so everyone advising plaintiffs or defendants across a wide range of libel cases needs to know how the new defence applies.

The Expanded Defence of Fair Comment
The landmark Supreme Court of Canada decision in WIC v. Simpson has expanded the latitude for fair comment to include comments that are unfair, and has changed the test for "honest belief". A defence that was once easily lost has been given new life, and you will want to know how it works and how it has affected subsequent litigation.

Internet Defamation Issues
Today, everyone is a publisher, including many people unfamiliar with defamation laws.

Lunch (on your own)

Governments and Defamation
Recent rulings prohibiting government bodies such as municipalities from suing in defamation raise further questions about whether governments can end-run the rule by suing in the names of individual officeholders, or whether the ruling opens the door to reputation road kill among government bodies.

No TITLE contains your term. Full text search of all CLEBC materials at search.cle.bc.ca.