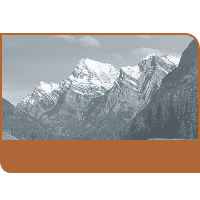 The history of the interface of Europeans and the common law with Aboriginal peoples is a long one. As might be expected of such a long history, the principles by which the interface has been governed have not always been consistently applied. Yet running through this history, from its earliest beginnings to the present time, is a golden thread—the recognition by the common law of the ancestral laws and customs of the Aboriginal peoples who occupied the land prior to European settlement.
- Chief Justice McLachlin in R. v. Van der Peet

Welcome to the Witnesses

Celebrating the Links of Indigenous Peoples to the Crown

Celebrating the laws of Indigenous Nations that pre-existed and survived the assertion of Crown sovereignty in BC, and the spirit of relationship that Indigenous Peoples and the Crown promised to honour in BC.

Indigenous World Views and The Golden Thread of Continuity

Lunch with Keynote Speaker: "The Duty to Learn: Taking Account of Indigenous Legal Orders in Practice"

Reflections upon the Living Tree doctrine within the common law and its power to make space for Indigenous laws within the Canadian constitutional framework:

A constitution… is drafted with an eye to the future. Its function is to provide a continuing framework for the legitimate exercise of governmental power …. Once enacted, its provisions cannot easily be repealed or amended. It must, therefore, be capable of growth and development over time to meet new social, political and historical realities often unimagined by its framers. The judiciary is the guardian of the constitution and must, in interpreting its provisions, bear these considerations in mind. Professor Paul Freund expressed this idea aptly when he admonished the American courts "not to read the provisions of the Constitution like a last will and testament lest it become one”.
- Chief Justice Dickson in Hunter v. Southam Inc.

Pathways to Recognition of Indigenous Laws

Reflections upon practical examples and opportunities for the recognition of Indigenous laws.

5:00 – 8:00 Dinner and Entertainment (Co-hosted by the Union of BC Indian Chiefs, First Nations Summit, and Assembly of First Nations, British Columbia). NOTE: This portion is NOT AVAILABLE online.

Opening: Chairs’ Reflections on Day 1 and Introduction to Day 2

Indigenous Law as Law, On the Ground, and in Practice

Lunch with Keynote Speaker: “A Country: Its Peoples and Its Law”

Personal perspectives and experiences; thoughts on why hope and change are needed.

Dialogue on a Shared Dreaming: Imagining Space for Indigenous Laws in Practice

How can the Canadian legal landscape be transformed to make space for Indigenous Laws, and what might that look like?

Closing Remarks From the Chairs

Celebrating the Links of Indigenous Peoples to the Crown [35min]

The Eye at the Centre of the Circle

Up the Creek: Fishing for a New Constitutional Order

The Duty to Learn: Taking Account of Indigenous Legal Orders in Practice

A Reimagined and Transformed Legal Landscape

Pathways to Recognition of Indigenous Laws – Part I [25min]

Indigenous Laws as a Basis for Relationship Building

Weaving Together Our Future: The Interaction of Haida Laws to Achieve Respectful Co-Existence

Indigenous Laws in the Area of Children and Families: Transformative Possibilities of Recognition

A Country: Its Peoples and Its Law [45min]