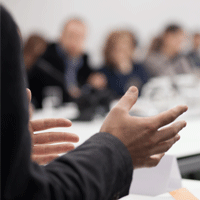 Year in Review: Administrative Law in the Supreme Court of Canada

Law Firm Regulation in BC

Michael Lucas — Director of Policy and Planning, Law Society of BC, Vancouver

Reasons Versus Outcomes on Judicial Review

Year in Review: Administrative Law in the Supreme Court of Canada [1h 12min]

The Year in Review 2018: Recent Developments in Administrative Law—Charter Values, Standard of Review and Reviewing the Civil Resolution Tribunal

Law Firm Regulation in BC [40min]